The popular social messaging app offering encryption is allegedly working on the idea as other similar companies have jumped on the cryptocurrency train. Kik rose close to $100 million in its ICO and given the amount of success any idea monetized through cryptocurrency had, it comes as no surprise that the tech giant is considering it too.

With bold claims, such as the ability to handle millions of transactions per second, infinite sharding to prevent congestion, instant off-chain transactions and support for billions of users and thousands of decentralized apps, TON is setting itself up for huge expectations.

Despite no official details being confirmed by Telegram, a source close to Cryptovest.com shared the roadmap and the token details. 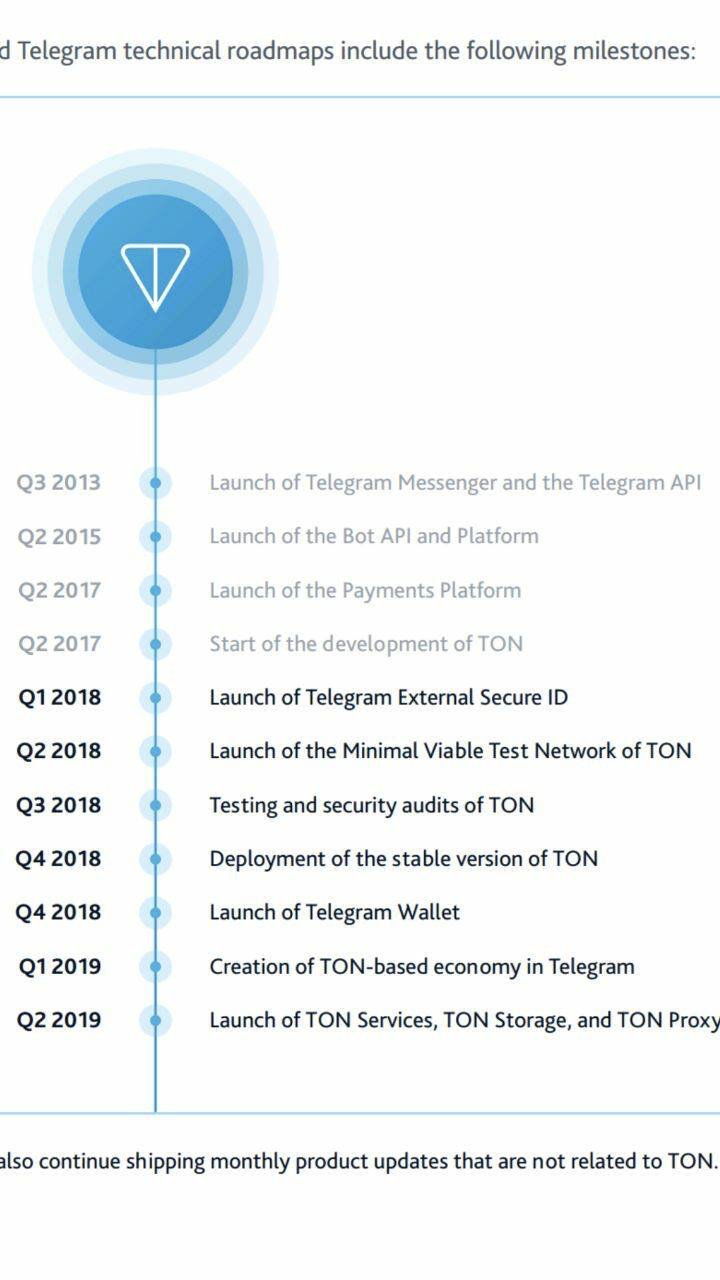 In 2018, a minimum viable test network, stable deployment and the Telegram wallet will be launched whilst additional services will start to roll out in 2019. The ICO will supposedly be launched around March 2018, with the native token “Gram” priced at around $1.20. Additionally, the source indicated that tokens will be burnt on a quarterly basis come 2019.

Rumour has it that the token supply will be in the order of billions and that the additional services will cover a wallet, an exchange, decentralized DNS, VPN and support for decentralized apps.

Nothing has been confirmed as of yet but this could potentially be one of the biggest ICOs of 2018.

South Korea will not ban cryptocurrencies after all

Russia progresses to its first implementation of Blockchain

Ready or not, Wall Street should prepare for Bitcoin